Bad to Be Noble by Andrew Grey 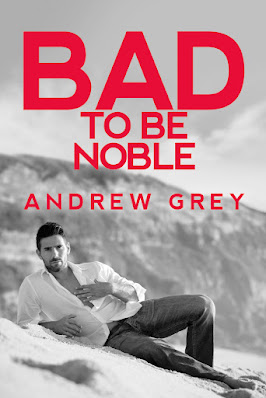 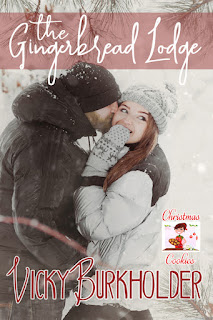 Title: the Gingerbread Lodge
Author: Vicky Burkholder
Series: The Christmas Cookie Series
Genre: Contemporary Romance/Sweet Romance/Holiday Romance/Friends to Lovers/ Fantasy
Publisher: Self Published
Release Date: Nov 3, 2021
Edition/Formats Available In: eBook
Blurb/Synopsis:
Gisele Reid returns to the Gingerbread Lodge to help her aunt, but without paying guests, she's afraid the lodge will have to be sold. An event she vows to stop. When an old friend shows up, she is astonished to find Max has turned into a man who makes her knees and heart tremble. Max Oakley, a developer, has a client interested in buying land around the lodge. He has fond memories of the resort, as well as the girl who left him behind. When he runs into Gisele again, she's even more beautiful than ever. A woman who could make him forget everything—even his job. Plumbing problems, electrical outages, and the return of Gisele's family throw a wrench into Max's plans to woo Gisele. But when the truth comes out, she believes he's betrayed her trust, and it will take a Christmas miracle to make everything right again.
Read more »
Posted by Schadoh's Ramblings & Other Chaotic Mess at Tuesday, November 09, 2021 No comments: 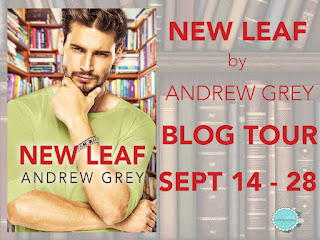 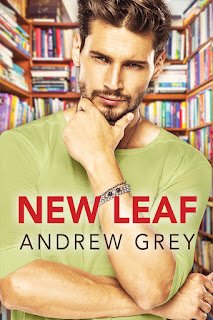 Title: New Leaf
Author: Andrew Grey
Series: Currently a Standalone Title
Genre:  M/M Contemporary Romance
Publisher: Self Published
Release Date: Sept 14, 2021
Edition/Formats Available In: eBook
Blurb/Synopsis:
When Dex Grippon’s mother dies, he takes it as a sign—it’s time to give up acting and return to his hometown. If he can find a way to save his mother’s bookstore, he can preserve the one link he still has to his parents. But keeping an independent bookstore afloat turns out to be more difficult than he anticipated, and Dex isn’t the only one who wonders what else his mom might have been selling.
Former cop Les Gable might be off the job, but he has to know what was going on at the bookstore, and he’ll do anything to satisfy his curiosity—including befriend the new owner with an offer to help sort out his new business. Something about the bookstore doesn’t smell right, and Les is going to find out what.
The problem is that his curiosity about Dex soon far outstrips his interest in what happened at the store. But as curiosity matures into love, the store’s past threatens their future. Can Les and Dex untangle the mystery of the bookshop and escape with their relationship—and their lives—intact, or will the whole thing go up in smoke?
Read more »
Posted by Schadoh's Ramblings & Other Chaotic Mess at Tuesday, September 28, 2021 No comments:

The Meleke. stone by Olga Swan 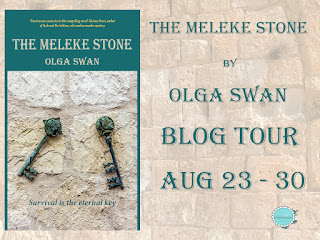 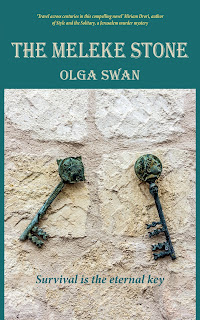 Title: The Meleke Stone
Author: Olga Swan
Series: Standalone Title
Genre: Fiction, Historical
Publisher: Self Published
Release Date: June 29 2021
Blurb/Synopsis:
A meleke stone from the ancient plains of the Dead Sea is passed down by generations of females through four thousand years.
In 2019 Sami, the son of Egyptian immigrants in Toulouse, is traumatized by the family’s hardships in France and plots revenge.
Menes, Sami’s father from Cairo, had emigrated to France in search of peace. An unlikely friendship forms with Holocaust-survivor Moshe, each recognizing their past struggles.
Suddenly, a terrorist bomb explodes in a Toulouse synagogue. Moshe asks his son Simon to produce a film showing the true history of his people from the time of Sodom and Gomorrah.
What will happen to Moshe’s and Menes’ special relationship when an intrepid French detective’s efforts to find the terrorist reveal the horrifying truth?
In a soul-searching conclusion in Jerusalem, having no female descendant to whom to give the meleke stone, there’s only one thing that Simon can do to maintain the survival of his people for all eternity.
…..are you ready for the four thousand year journey of the meleke stone?”
Read more »
Posted by Schadoh's Ramblings & Other Chaotic Mess at Tuesday, August 24, 2021 No comments: 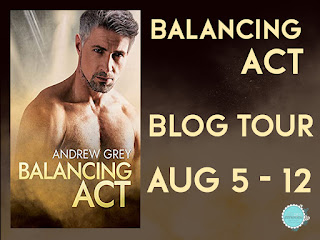 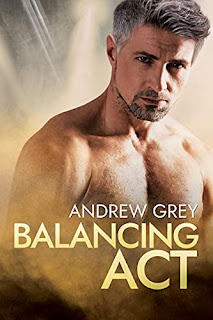 Title: Balancing Act
Author: Andrew Grey
Series: Jocks and Geeks Book 2
Genre:  M/M Contemporary Romance
Publisher: Self Published
Release Date: August 5, 2021
Edition/Formats Available In: eBook
Blurb/Synopsis:
Freelance computer genius Trent Marcus took a web development job he wishes he hadn’t, and now he’s in a world of hurt. With his safety threatened, he needs someone who can protect him from his client, who responds to “no” with threats and intimidation.
Personal trainer and silver fox Collin Fitzpatrick gave part of his leg for his country, and now his ex is selling his home, so he needs a place to live quickly. He hears from mutual friends that Trent has a room he can rent and needs Collin’s help.
Neither Trent nor Collin is looking for a relationship, but attraction ignites for Trent, and it’s returned, to Trent’s surprise.
The last thing Collin expects is for his protective instincts to blossom into something much more. Trent’s care and genuineness combine to heal the heart his ex left shattered. As the task of keeping Trent safe becomes more paramount, so does the realization that failing could cost both of them everything.
Read more »
Posted by Schadoh's Ramblings & Other Chaotic Mess at Tuesday, August 24, 2021 No comments: 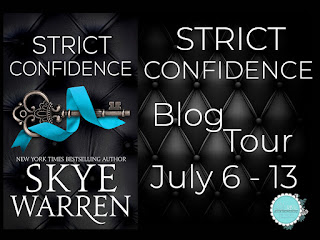 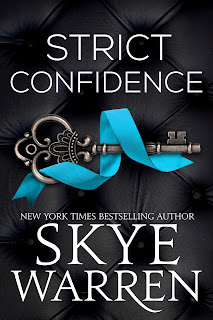 Title: Strict Confidence
Author: Skye Warren
Series: Rochester Trilogy Book 2
Genre: Contemporary Romance
Publisher: Self Published
Release Date: June 15 2021
Edition/Formats: 1st Edition ~ eBook & Print
Blurb/Synopsis:
Forbidden. Commanding. Mysterious. Beau Rochester has an entire house full of secrets. And those secrets are putting Jane Mendoza in danger.
She fell in love with the one man she can't have. She should leave Maine to protect her heart, but the thread refuses to be severed. The brooding Mr. Rochester and his grieving niece are more than her job. They're her new family.
She races against time to find answers and protect the people she loves. The cliffside grows dark with the misdeeds of the past. Her heart and her sanity fight a battle, but they are both at risk.

Will Mr. Rochester learn to trust Jane? And will that trust destroy her? 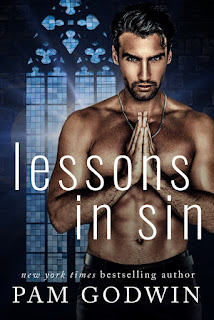 Title: Lessons in Sin
Author: Pam Godwin
Series: Standalone in the Midnight Dynasty World
Genre:  College Romance/Contemporary Romance/ New Adult
Publisher: Dangerous Press
Release Date: June 29
Blurb/Synopsis:
There’s no absolution for the things I’ve done.
But I found a way to control my impulses.
I became a priest.
As Father Magnus Falke, I suppress my cravings. As the head teacher of a Catholic boarding school, I’m never tempted by a student.
Until Tinsley Constantine.
The bratty princess challenges my rules and awakens my dark nature. With each punishment I lash upon her, I want more. In my classroom, private rectory, and bent over my altar, I want all of her.
One touch risks everything I stand for. My faith. My redemption. And even my life.
As if that could stop me. I need her pain, and her heart, and she needs my lessons in sin.
Read more »
Posted by Schadoh's Ramblings & Other Chaotic Mess at Tuesday, June 29, 2021 No comments:

OMG Go NOW And Get This Book